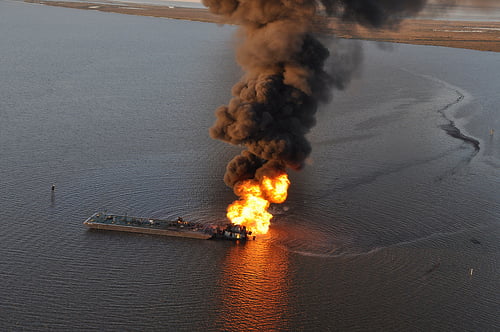 Oil giant BP has called on David Cameron to help it get on top of the spiralling compensation costs in relation to the Deepwater Horizon spill.

According to the BBC, the firm is concerned about the increasing legal fees it has been dealt for what happened in the Gulf of Mexico in 2010. Eleven workers died and 5m barrels of oil were spilt into surrounding waters, causing serious damage to the ecosystem.

BBC business editor Robert Peston said, “According to BP sources, the rate at which cash is leaking from the company could turn into a serious new financial crisis for the company, putting at risk its dividend and making it vulnerable to a takeover by another oil company.”

BP has considered asking the prime minister to raise the issue with the US government at the G8 meeting next month.

Because the company has been asked to pay compensation to businesses such as fisheries and restaurants affected by the spill, it feels that the damages process is being abused.

The oil giant claimed in court it was not only its fault, but was fined £2.8 billion in criminal charges. The second phase of the trial will start in September 2013.

BP also faces an £11.6 billion civil fine, but courts are still yet to decide whether the company was grossly negligent or not.