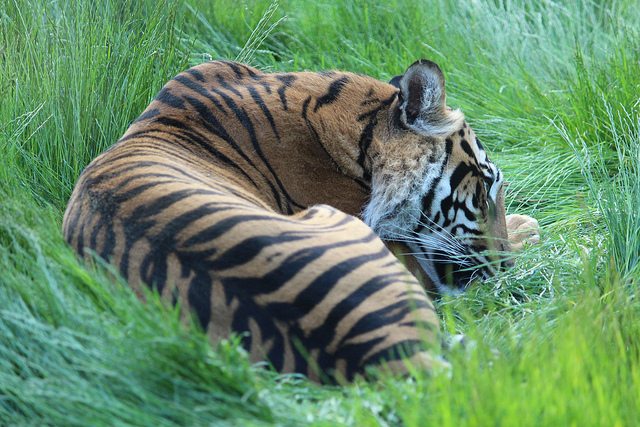 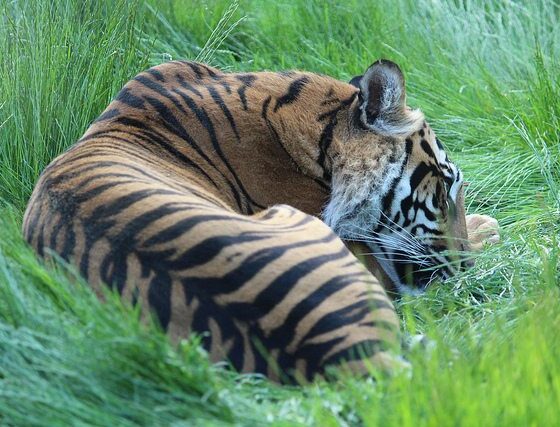 More than 67,000 people have signed a petition to stop controversial ‘Zoo Lates’ events being held at London Zoo. Concerns have been raised over the welfare of animals at the late night parties, after an investigation by the Guardian revealed drunken visitors threw beer over a tiger.

Sources at the events said there had been other incidents, including one where another visitor took off their clothes and tried to enter the penguin pool. There have also been unconfirmed reports of someone trying to enter the lion enclosure.

The Zoo Lates events run every night in June and July, and are said to raise £800,000 for the zoo each year.

More than 6,000 people attend each event and there are wine tasting stands along with a silent disco and acoustic music. Campaigners have raised concerns over the affect these late night events have on the animals, which would usually be sleeping.

A spokesperson for People for the Ethical Treatment of Animals (Peta) said, “Patrons of what London Zoo actively promotes as “a wild night out” are there to party. Rowdy, drunk humans and captive wild animals make for an even more dangerous combination for all concerned.

“It’s bad enough that the London Zoo’s permanent residents have no way of escaping their day-to-day confinement, but to deliberately encourage and promote events which pose a threat to them defies belief.”

Westminster city council recently launched an investigation into the event and Steve Harrison, operation director of street management, said to the Guardian, “If they are true, the stories about London zoo’s late sessions raise real concerns both about public safety and animal welfare. We have already asked for a full report into what happened.”

A spokesperson from the Zoological Society of London said, “The wellbeing of our animals is always our first priority at ZSL London Zoo and we would like to reassure those people that have taken the time to sign the petition that we would not continue to run any event or activity which compromised this in any way.

“We have taken every measure to ensure our Zoo Lates evenings are positive experiences for both our animals and visitors and will continue to work closely with Westminster Council to make sure they are satisfied we are meeting and exceeding all license requirements.”