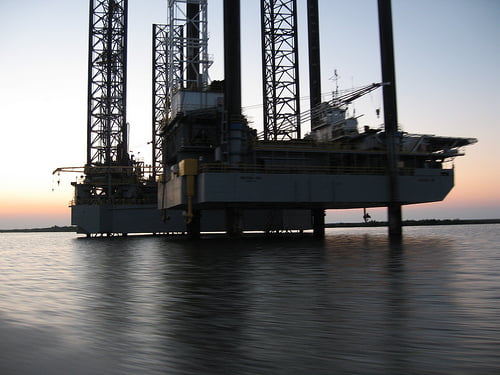 A report by oil giant BP has revealed how coal still takes up a 30% slice of the global energy market – its highest contribution in 40 years.

Oil remains the world’s leading fuel at 33.1% of global energy consumption. A total of 1,653 billion barrels at the end of 2011 is a marginal but critical amount compared with the 1,526 figure from the year previous.

“At today’s consumption rates, the world has proved reserves sufficient to meet current production for 54 years of oil”, said BP chief executive Bob Dudley as he unveiled the report, The BP Statistical View of World Energy. But questions remain about what happens after 54 years.

With a market share of 87%, fossil fuels dominate the world’s accumulated energy consumption. The report does note a growth in the renewable energy field, too, though – wind power rose by 26% as a result of major development pushes in China and the US, while solar power rose by 86%.

Whilst the clean energy sector is taking a greater stake in the energy mix, it still only accounts for 2% of energy consumption globally.

On Wednesday, Christof Rul, BP’s chief economist, presented the figures to a London audience. He stated the “profound implications” for CO2 output would be the result of heightened coal demand, driven by cheap prices and the industrialisation of developing countries.

“[It] is necessary for us to build a safe and sustainable energy future together”, BP says in the report.

Bob Dudley referred to “tumultuous” events in 2011 such as the ‘Arab Spring’ and “humanitarian” disasters in Japan in an attempt to underscore the importance of maintaining spare capacity and strategic stockpiles.

He said: “In a fast changing world, I believe it is important to understand both the forces behind today’s headlines as well as underlying trends that are shaping the new energy landscape that our children and grandchildren will inherit.”

The need for a shift away from unsustainable fossil fuels into energy sources that are new, clean and abundant has never been greater.

Yesterday, Good Energy and Friends of the Earth called out for the UK government to cut carbon emissions, and create new jobs and industries, in a stunt heralding historic icons who each played their part in “making Britain great”.

In support of the energy coalition’s Clean British Energy Campaign, residents and commuters from London and Leeds were met with visions of Monarchs and Knights alike, saddled mysteriously with oversized ‘CBE’ medallions.

The campaign urged members of the public to switch their energy supplies at the website www.cleanbritishenergy.co.uk.

Friends of the Earth’s head of campaigns, Andrew Pendleton said, “The people who have received medals today played a part in making Britain great and David Cameron has a chance to do the same – his energy bill should switch the country to clean energy and put our country at the forefront of this new industrial revolution.”

With BP’s extensive report noting that the increased use of coal and continued heavy use of other fossil fuels, such as oil and gas, led to a 3% rise in global CO2 emissions, there is still a long way to go before leaps in renewable energy overtake unsustainable competitors.

In order to achieve climate change objectives, investment in new natural gas must not exceed a limited, temporal role. Coinciding with BP’s extensive report, the International Energy Agency have released their Energy Technology Perspectives 2012 which makes clear that the only viable response to the threat of “catastrophic” climate change is rapid deployment of existing carbon-neutral technology.

The executive summary commits to a statement that achieving sustainable growth “requires 35% more investment from today to 2050”. However, the summary goes on to say; “Investing is not the same as spending; by 2050, the fuel savings realised would outweigh the investments”.

B&GT founder Simon Leadbetter today wrote about the four foundations of a blue and green tomorrow. Keep an eye out, too, for our own report – a guide to renewable energy – which is set to be released at the end of this month.

The four foundations of a blue and green tomorrow

The world of co2: Infographic analysis