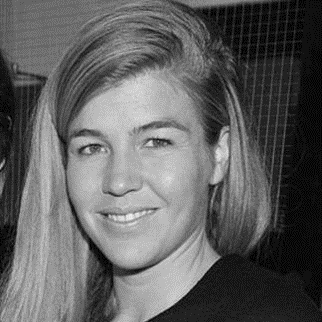 Environmentalist ‘It Girl’ paddles for Ascension

Amber Nuttall, entrepreneur, environmentalist and ambassador for the Blue Marine Foundation, is to navigate the Thames from source to sea (236 miles) on a Paddle Board.

She is enduring cold, rough waters, bruised shins and muscle ache to fund an urgent scientific expedition which could help protect Ascension Island (one of the UK’s overseas territories) in the tropical Atlantic. You can support her Thames Paddle Board attempt here.

A second-generation environmentalist (her father was the late tycoon and environmentalist, Sir Nicholas Nuttall, founder of the Bahamas Reef Environmental Educational Foundation) Amber has inherited her father’s passion for marine conservation.

Amber is raising money for the Blue Marine Foundation, which is funding an expedition this week to investigate the little-known waters around Ascension Island, the northernmost reach of the British Oversees Territory of St Helena, Ascension and Tristan da Cunha.

The expedition will shed light on the extraordinary biodiversity off the coast of Ascension. The waters around Ascension and St Helena contain many species of fish that are not found anywhere else in the world, including the Resplendent Pygmy Angelfish, Marmalade Razorfish and the intriguingly named Bastard Cunningfish.

Amber said: ”It really spurs me on in this challenge to know that every penny I raise will go towards this Ascension expedition. It’s very exciting that they might discover new species. And I would be thrilled if Ascension was declared the biggest marine reserve in the Atlantic.

Our emptying oceans are one of the biggest, but most solvable environmental problems we face. Billions of people around the world rely on fish as their main source of protein. By keeping the oceans stocked with fish, we are also solving a global food crisis.

Marine reserves are like national parks – they give fish places to regenerate and help protect rare species. I’d love to paddle board around Ascension one day.”

Having undergone a rigorous training programme, Amber hopes to complete the sponsored challenge for BLUE in a matter of days. A support boat will accompany her from Putney onwards to help her negotiate the tides, Thames Clippers, water snakes and other potential hazards.

The urgent case for Ascension

Ascension Island is the peak of a gigantic undersea volcano in the tropical Atlantic. Its maritime area measures 443,000km2, roughly the size of Germany. Its waters are teeming with significant ocean predators, including tuna, sharks, dolphins and record-breaking marlin. It is a globally important nesting site for endangered green turtles.

Manta rays, whale sharks and leatherback turtles also frequent this highly productive marine environment, which is under immediate threat from the re-opening of a longline fishery.

A poorly managed long lining fishery, dominated by Taiwanese vessels suspected of shark-finning and significant abuses of human rights, was fishing around Ascension until 2013. Long lining delivers huge amounts of by-catch including sharks, turtles, dolphins and billfish such marlin and sailfish. However, the Ascension Islanders are on the brink of re-opening this destructive fishery due economic necessity.

Currently, a lack scientific data from the marine environment is a barrier to creation of a marine protected area around Ascension. Data on the abundance, distribution and biology of endemic and commercially exploited species is particularly lacking.

To fill these data gaps, a research vessel, funded by the Blue Marine Foundation will send divers and cameras down to previously unexplored depth range of 50 – 1,000 metres.

The SAERI survey, due to set sail from Ascension on 20 October 2015, and operating round the clock, will cover as large an area as possible within the waters of Ascension Island, with the main focus being depths of 1,000m and shallower, out to around 20km where biodiversity is thought to be highest.

As well as Ascension Island itself, a key focus of the survey will be a seamount 20km to the south of the island rising to 300m below the sea surface. Ascension and St Helena are part of a ridge of volcanoes, the others being submerged.

The decision as to whether to reopen the industrial fishery or designate an MPA around Ascension will be the first major decision taken since the UK government’s transformative commitment to create a ‘Blue Belt’ around its Overseas Territories in March 2015. The creation of what would be the largest marine reserve in the Atlantic would be a huge conservation gain by the UK.

You can support her attempt here.