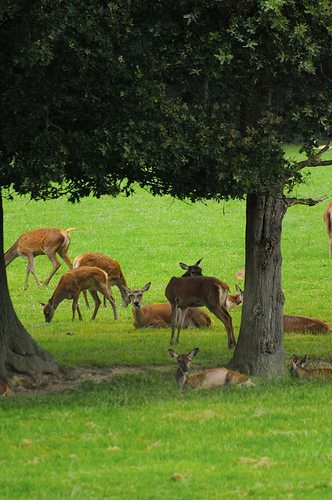 Just four of the 25 environment-related areas that the coalition government promised to address have made ‘good progress’ since 2010, according to a group of 41 NGOs. Meanwhile, only 28% of British people think politicians are doing enough to protect the environment.

The Nature Check 2013 report, whose contributors include the RSPB, WWF, RSPCA and the Wildlife Trust, found that the government has fallen short in areas like protection of the green belt, farm animal welfare, full assessment of  marine conservation zones and reversing wildlife decline.

The controversial badger cull also contributed to the negative judgment of the government’s management of nature and wildlife.

Elaine King, director of the Wildlife and Countryside Link, which co-ordinated the report, said, “David Cameron promised the greenest government ever. Using the government’s own promises as a yardstick, these findings show he’s failed to stick to his plan.

“We’re told an economy in crisis is a higher priority than nature in crisis. Yet the government is missing a huge opportunity – a healthy environment helps the economy and enhances people’s health and wellbeing.”

The report praised the good progress made by the government on the common fisheries policy, management of the ash dieback crisis and international co-operation to fight wildlife poaching.

Four of the government’s promises were ranked as green (good progress), 12 as amber (moderate progress) and nine as red (failing). Compared to the same report last year, 20% of the commitments had got worse and 10% had improved.

The Department for Environment, Food and Rural Affairs (Defra) has said that much of report is based on opinion rather than facts.

The study also presents the results of a survey of 2,000 British adults, who mostly believe that the environment needs to be protected for future generations (91%) because it improves quality of life (85%). Twenty-eight per cent think that the government is doing the right things to protect nature.

King said, “Our survey shows that the majority of people want politicians to do more to protect nature and the countryside. The message from the public is clear – they want healthy seas and landscapes providing rich habitats for thriving wildlife.”