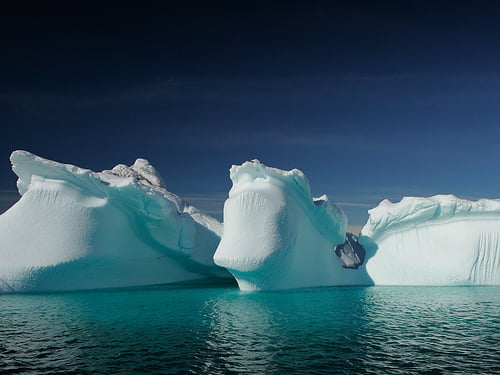 Instead of recognising the vulnerability of the increasingly threatened Arctic, oil companies see the region as “the new frontier” of oil development. Greenpeace’s Ben Ayliffe told Alex Blackburne why this is so incredibly dangerous.

We’re losing one of the last great wildernesses on the planet: the Arctic. Global climate change means the region is warming almost twice as fast as anywhere else on the planet, and because of this, oil giants are preparing their machinery to ring it dry of oil.

Instead of recognising the vulnerability of the increasingly threatened Arctic, oil companies see the region as “the new frontier” of oil development. Greenpeace’s Ben Ayliffe told Alex Blackburne why this is so incredibly dangerous.

We’re losing one of the last great wildernesses on the planet: the Arctic. Global climate change means the region is warming almost twice as fast as anywhere else on the planet, and because of this, oil giants are preparing their machinery to ring it dry of oil.

Backed by governments from all over the world, they see the melting ice caps as an opportunity for new shipping lanes and rigs, and not for what it should be seen as: a potential catastrophe.

The UK Government is just one of many in favour of such exploitation. Why? Because of the lucrative rewards in striking oil there.

But the risks involved are enormous. Think the 2010 BP rig explosion in the Gulf of Mexico, but bigger.

“The Arctic is incredibly remote”, said Ben Ayliffe, climate campaigner at Greenpeace. “It is thousands of miles from anywhere and it is very difficult to get the technology needed to cap a spill there in the first place.

“There is also lot of ice, huge waves, and darkness. This means that if an oil spill happened towards the end of the drilling season and the ice comes in in the winter, the spill could be left just to leak out for months.


“The oil industry itself admits that it would be nigh on impossible to deal with a spill in the frozen north, and we think given these very clear risks, it’s madness that they are being allowed into the Arctic to drill for more of the fossil fuels that caused the climate to warm up in the first place.”

But sadly, they are being allowed to do just that. It has even been dubbed the Artic oil race.

In a bid to convert the currently pro-Arctic oil extraction stance taken by the UK Government, the Environmental Audit Committee has launched an enquiry to protect the region.

Accelerating Arctic economic development similarly accelerates industrialisation and pollution, so the enquiry is a “welcome first step” in attempting to sway the Government’s agenda, according to Ayliffe.

“[The Environmental Audit Committee] can send a very strong message to the Government that its policy on the Arctic needs to match its very impressive rhetoric on protecting the environment.

“If we don’t act soon, the Arctic as we know it will disappear.

“It’s up to the government to basically put the blocks on the oil companies, and do all it can to protect this pristine and unique environment.”

Last year, Guggenheim Partners announced it was to set up an Arctic Investment Fund – which is sure to add more pressure on the already deteriorating region.

“We shouldn’t be surprised that the people that got us into the worst economic crisis in nearly a hundred years, also see exploiting the last pristine wilderness of the Arctic as a good idea”, commented Ayliffe.

“Given the extraordinary economic and technical risks of operating in that region, as we’ve seen from the UK company Cairn Energy, who spent the best part of $1 billion drilling ten dry wells off Greenland, this shows that the risks are very high and there is no guarantee that companies are going to strike black gold up there.

“The best bet, we would say, is to look for alternative sources of energy efficiency – those that don’t entail exploiting the pristine frozen north.”

These forms will never run out. What happens when there is no oil to extract from the Arctic? The effects of climate change will be so severe and widespread by then, that it’ll be too late to think about it.

Investment in alternative, renewable, clean energy will help propel the sector forwards and make it even more of a threat to the fossil fuel industry.

Ask your financial adviser about how your money can go into these companies, or fill in our form and we’ll connect you to a specialist adviser.

It remains to be seen whether the UK Government will take on a more positive role in the Arctic oil race – but the potential to be a world leader in the guarding of the region should be an appetising thought for any country.

“This is an incredibly vulnerable part of the world”, concludes Ayliffe. “It needs to be protected as opposed to opened up”.