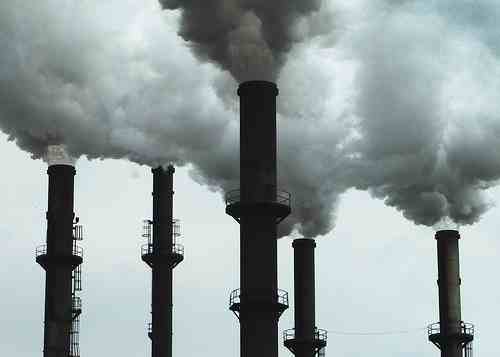 A group of environmental organisations has urged David Cameron to take serious action on climate change in order to successfully reach a global agreement in Paris in 2015 and not being left behind by China and the US in the race to a low-carbon future.

[Blue&Green Tomorrow is currently running a crowdfunder to ensure its suvivial. Please pledge.]

Measures suggested in the report Paris 2015: Getting a global agreement on climate change include a new legal framework, ambitious targets before and after 2020, central role for equity, a focus on 2015 Sustainable Development Goals, increased public finance and strong action on land use and deforestation.

The study has been conducted by Christian Aid, Greenpeace, Green Alliance, RSPB and WWF.

David Nussbaum, CEO of WWF-UK said, “The UK has historically played a critical role in spurring global cooperation on addressing climate change, and was the first to adopt legislation aimed at addressing the issue.  So it’s vital that neither we, nor the EU, lower our ambition now.  The US and China are moving faster than expected, and the prospects for an ambitious global agreement are currently looking better.”

Greenpeace UK Executive Director, John Sauven added, “The UK has blazed a trail by committing to legally-binding, rolling carbon targets. David Cameron now has the opportunity to argue for a similar system that can drive a global countdown towards zero emissions – he should seize it with both hands.”

The UN climate summit in New York will be held on September 23 and is intended to bring forward the discussion on reducing greenhouse gas emissions in order to keep global warming under a 2C threshold. A final climate agreement will be signed in Paris in 2015.

However, leaders from China and India – two among the world’s largest polluters – will not attend the summit. Nevertheless, a recent analysis found that the two countries, along with other developing economies, have cut their carbon emissions more than the G7, which includes the US, Germany and Japan.