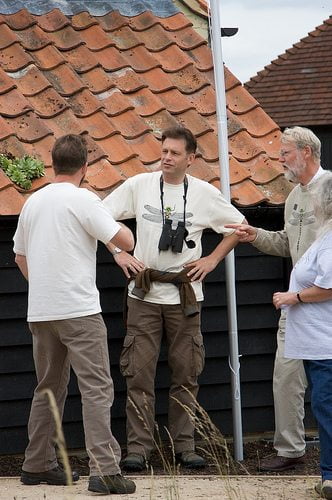 Presenter of Springwatch Chris Packham has said Malta is “bird hell” as he is on the island campaigning against illegal hunting of migratory birds.

“It’s the last place on Earth you would want to be with feathers”, he said.

Packham was among high-profile figures that recently spoke out against the annual spring hunt in Malta. Recreational shooting of migratory birds is forbidden in the EU, but the country has an exemption to shoot up to 16,000 turtledoves and quails each year.

However, conservationists have claimed that they have evidence of hunters also shooting other species, such swifts, yellow-legged gulls, kestrels and endangered Montague’s harriers.

Packham has been on the frontline, filming documentaries to unveil illegal killing. He was questioned by the Maltese police for four hours and approached by annoyed hunters, who criticised him for wanting to end a local tradition and was told to go home. However, he rejected such claims.

“We are all Europeans now. These birds don’t have boundaries. They are flying all over the place,” he said.

“We should be collectively trying to preserve these species. There’s not a nationalist bone in my body. I’m a European, a citizen of Earth. The principle reason for our visit was to show our support for the Maltese people and their feelings on this issue.

“I’m not here to take sides. I want to help the Maltese people stop the spring hunting and illegal hunting.”

Conservation charities have managed to collect enough signatures to call for a referendum on the matter. According to them, the majority of Maltese people would ban the annual spring hunt practice. Naturalists have said that once the practice is abolished, Malta could become an excellent touristic spot for bird watching.