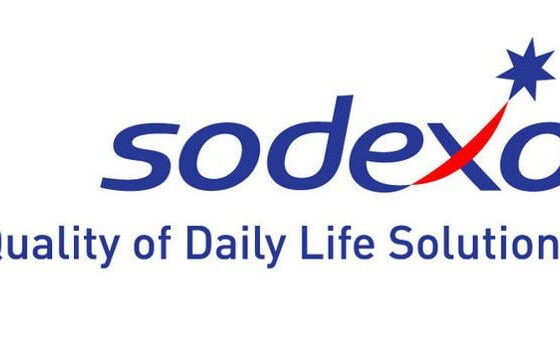 Sodexo has teamed up with conservation charity WWF to develop and pilot a set of 10 sustainable meals. The project is part of Sodexo’s partnership with WWF on LiveWell, WWF-UK’s flagship programme of work which aims to encourage businesses and policy-makers to facilitate the adoption of diets which are both healthy and sustainable.

The meals, which were developed jointly by WWF experts and Sodexo chefs, align both with LiveWell principles and objectives set out in Sodexo’s Better Tomorrow Plan to ensure they are nutritious, lower-carbon) and that the ingredients are responsibly sourced. For example, plant-based foods have to account for at least two thirds of the volume of each meal; refined grains are replaced with whole grains; and meat and fish has to have relevant certification, such as MSC or RSPCA Assured. They include favourites such as beef lasagne, chicken and leek pie and Lancashire hot pot.

The meals, which will be marketed as Green & Lean, are being piloted over the next few weeks in eight of Sodexo’s independent school contracts.

The Green & Lean pilot was the subject of a panel discussion at today’s Food Matters Live exhibition. The panel discussed the concept of sustainable meals, considering the challenges involved in bringing sustainable meals to market and looking at future trends and opportunities in this area. It was chaired by Footprint magazine’s Amy Fetzer and featured Ufi Ibrahim, CEO of the British Hospitality Association; Edwina Hughes, Sodexo’s corporate responsibility manager; Nick Hughes, food sustainability adviser at WWF-UK; and Tom Allen, executive development chef, Independents by Sodexo.

Sodexo’s executive development chef for Independent Schools, Tom Allen said; “It was really important that the meals we created tasted great. The idea was to make small changes to popular, well-loved dishes that would up the nutritional content and reduce the environmental impact, without dramatically changing the taste or the look of the dish.

Following the pilot, Sodexo intends to market the meals under the Green & Lean brand to other clients in the schools and universities sector, and within its corporate services business, which provides employee restaurants to some of world’s biggest companies.

Sodexo UK and Ireland’s corporate responsibility manager Edwina Hughes said; “At Sodexo we serve around one million meals every day in schools, hospitals, workplaces, sports stadia, army barracks and prisons. In short we reach consumers in every walk of life. For this reason we have an important role to play in both helping promote healthy lifestyles and in doing so in a way which is sustainable.

“Green & Lean is an exciting development for us. We’re finding that consumers are more and more interested in the provenance of their food and want to make ethical, sustainable and healthy choices, but of course these options still need to be tasty and appealing.”

Nick Hughes at WWF said; “The food we eat – growing, producing and consuming it – has a massive impact on the planet. We have found that food is responsible for around 30% of Europe’s greenhouse gas emissions. Through LiveWell we aim to provide simple, workable guidance on choosing a diet that can improve your health and that of the planet at the same time and is also affordable. It is great that these principles can be applied to meals like lasagne and chicken pie and we are hopeful that Green & Lean will be successful. ”

Brentwood School in Essex is one of the eight schools taking part in the trial. Students at the school will get the opportunity to try each of the 10 sustainable meals twice during this half term. All the schools received promotional materials which help explain the ethos and principles of Green & Lean to students and staff.

A student at the school said; “So far I have tried the beef lasagne and the chicken biryani. They were both really delicious and I didn’t notice that there were more vegetables than usual. We have learnt a lot in school about threats to the environment and about climate change, but I don’t think any of us realised that what you eat can affect this too.”

Sodexo’s partnership with WWF and the Green & Lean pilot fits within the company’s broader strategic approach to operating more sustainably, as set out in its Better Tomorrow Plan. For over 25 years Sodexo has been encouraging employees, clients and customers to maintain a healthier, balanced lifestyle through its Healthwise philosophy. The company is also committed to operating sustainably – reducing the footprint of the business (working towards a global carbon reduction target of 34%), ensuring it sources sustainably and ethically and promoting a sustainable diet to our clients and consumers.