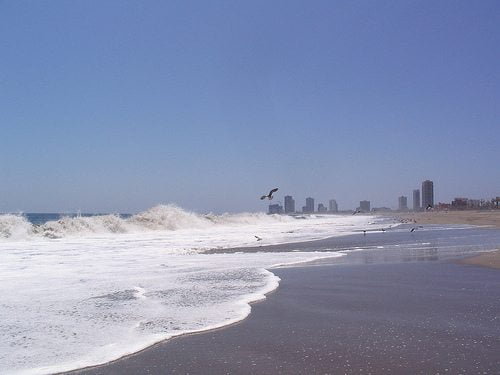 A tsunami warning has been put in place in Chile after an earthquake of magnitude 8.2 killed five people and forced thousands out of their homes.

The earthquake hit at 8.46pm on Tuesday, 52 miles north-west of the region of Iquique. It led to high waves, power cuts and fires. Many people travelling home after work remained stuck in traffic jams. Five people have died from heart attacks and falling walls.

Heavy aftershocks occurred on Wednesday morning as well, with more expected to follow.

Chilean president Michelle Bachelet declared a state of emergency and said she will visit affected areas.

Meanwhile, the Pacific Tsunami Warning Centre issued a tsunami warning for Chile and Peru. The organisation said, “An earthquake of this size has the potential to generate a destructive tsunami that can strike coastlines near the epicentre within minutes and more distant coastlines within hours.”

The earthquake also allowed more than 300 prison inmates to escape from a women’s prison in Iquique.

Chilean interior minister Rodrigo Penailillo said, “We have taken action to ensure public order in the case of Iquique, where we’ve had a massive escape of more than 300 female prisoners, so that the armed forces and police can coordinate and provide security to the residents”.

Chile is located along a seismic zone and is part of the Pacific Ring of Fire. The last destructive earthquake occurred in 2010 and sparked a tsunami. The quake of magnitude 8.8 led to the death of more than 500 people. The country also had the strongest earthquake in history, back in 1960, when the Valdivia earthquake struck, leaving more than 1,600 people dead.