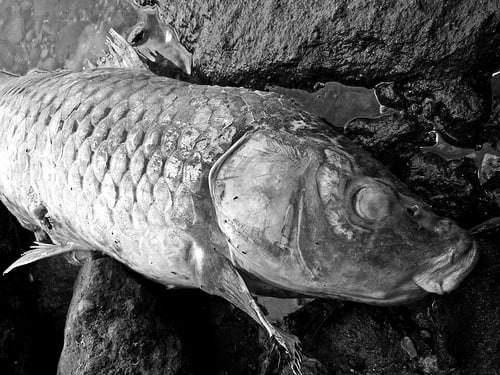 People in developing countries are having to deal with the increasingly dangerous threat posed by mercury, according to research by the United Nations Environment Programme (UNEP).

The study, which has been released ahead of a UN meeting on the subject, claims that communities are becoming exposed to mercury through marine foods such as fish.

When placed in contact with water, mercury develops into methylmercury – a compound that UNEP says is “far more toxic to humans and animals than other forms of mercury”.

Asia is among the worst affected places by the outbreak, with just under half of all mercury emissions being traced back to the continent.

The UN talks, which take place in Geneva, Switzerland, later this month, will aim to negotiate a reduction in global mercury demand over the coming years.

Achim Steiner, UN under-secretary-general and UNEP executive director, said “Mercury has been known as a toxin and a hazard for centuries – but today we have many of the alternative technologies and processes needed to reduce the risks for tens of millions of people, including pregnant mothers and their babies.

“A good outcome can also assist in a more sustainable future for generations to come.”

News of the impact that mercury is having on developing countries comes less than a week since a Mother Jones article appeared to find a link between increased lead pollution and violent crime.