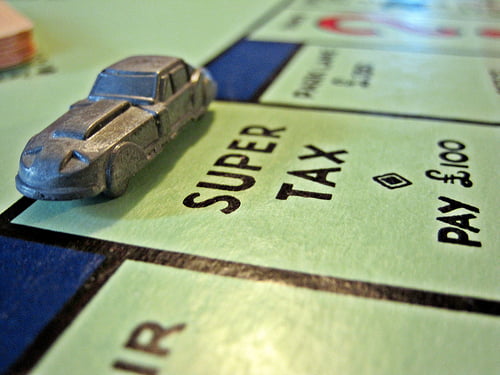 First it was big brands such as Starbucks, Amazon and Google squirming in parliament. Then it was the big four accountancy firms (KPMG, PwC, Ernst & Young and Deloitte) sharing their ‘impartial’ insight with parliament while operating as well-paid advisers to government on tax policy and profiting from rules they helped create. But rarely does the aggressive offshoring behaviour of the otherwise ‘outraged at tax avoidance’ media, especially News Corporation, make the front page.

While the vast majority of people tend to have their tax taken at source through PAYE, the affluent and almost all businesses tend to have more complex financial affairs. Tax is therefore calculated some time later, once profit has been added up and various tax-deductible activities have been taken into consideration.

This makes sense. Entrepreneurship, wealth creation and charitable activity should be encouraged through the tax system. Indeed, many of the things we take for granted – secure borders, domestic law and order, good infrastructure, excellent public health and education and technological progress – could not be provided without wealth creation.

There is a vital virtuous cycle between wealth creation and taxation. One simply could not exist without the other. Without the rule of law and its enforcement there can be no commerce and vice versa.

The tax and regulatory system certainly still imposes too much of a burden on start-up and early stage enterprises which will be the engines of future economic growth. Any pro-business, pro-green government would focus on helping small and disruptive businesses, especially those that operate sustainable models.

The most affluent and businesses gain most from the civil stability and commercial ecosystem that taxation underwrites. A healthy, educated population living in a stable society creates employees and consumers for their products and services.

While there will always be a heated debate about the actual level of taxation, the efficacy of government spending and the role government plays in service provision versus the private sector, the consensus is that a mixed system works.

The deal is simple. Companies and the wealthy enjoy huge freedoms in, and benefits from, stable affluent societies and open markets. In return, they pay their fair share of tax.

It therefore strikes the majority of people as unethical the lengths to which some wealthy individuals and profitable corporations go to avoid paying any tax at all. This is felt even more strongly during times of austerity. Insult is added to injury with the apparent offence that is taken when they are challenged over their tax returns.

The scale of tax avoidance amongst the wealthy and corporations is estimated to be £33 billion (£13 billion from individual avoidance, £8 billion from tax planning and £12 billion from the 700 largest corporations) – a sum greater that the spend on either defence (army, navy and RAF, £33 billion), police (£5.9 billion), primary and secondary education (£22.5 billion) and primary health (£21.4 billion). This is not the legitimate tax avoidance of personal saving which we need to encourage and that is an essential business investment, but is the use of complex and aggressive tax planning to hide personal and commercial profit.

As individuals and companies fail to pay their share, the burden of tax falls on those least able to pay, cuts needs to be made to benefits and in essential services and civil society starts to breakdown. Cue riots and reactionary politicians. Rather than a gradually rising spiral of affluence and progress, the system is locked into terminal decline.

So who can fix the issue? Wealthy individuals, profitable companies or elected governments. In reality, all three bear some responsibility.

From both a selfish economic and altruistic ethical perspective, individuals should pay for the foundations of a stable society and economy. Companies should also do the same. Anyone who principally operates or resides in the UK should pay the tax of this country. It is in their enlightened self-interest to do so. Governments should look to simplify the rules and enforce the spirit of tax laws that have been passed. They need to take the less well of and start-ups out of tax altogether. In addition, they need to provide HMRC with the necessary resources required to ensure strict compliance.

Taxing more high earners at source and company turnover (rather than profit) would be two ways to ensure greater compliance.

Associate supreme court justice, Oliver Wendell Holmes, said, “Taxes are what we pay for a civilised society.” Those who have gained the most and have the broadest shoulders should pay the greatest share if our country is to thrive, prosper and remain civilised.