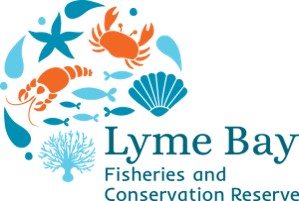 Conservation is Catch of the Day

Top London restaurants are paying fishermen in Dorset top dollar for their fish through BLUE’s new conservation scheme. The scheme is a unique collaboration between fishermen and conservationists which is helping to protect a 90 square mile reef in Lyme Bay, Dorset, and securing a better living for fishermen in the process. Under the ‘Reserve Seafood’ brand, restaurants are paying higher prices for fish, aware that customers are becoming more discerning over the sustainability of their food choices.

Fishermen in the ports of Lyme Bay on the Dorset and Devon border are making a better living from their fish by practising conservation, thanks to a new scheme launched by the charity, Blue Marine Foundation (BLUE).

In the culmination of a three-year project within a 90 square mile protected area, fishermen have begun to sell their wares under the Reserve Seafood brand to top London restaurants which pay higher prices for fully traceable fish.

They are able to because chefs place a high value on the “boat-to-plate” provenance, the quality and the sustainability of the seafood caught by small inshore fishing boats from West Bay, Lyme Regis, Beer and Axmouth on the Dorset and Devon coast.

The project, a collaboration between the fishermen of the four Lyme Bay ports and the Blue Marine Foundation (BLUE), has installed chiller rooms, ice-makers and freezer units in return for fishermen signing up to a strict conservation code and electronic monitoring.

BLUE’s partners, leading fish merchants Direct Seafoods, collect the day’s catch of fish and shellfish from Lyme Bay ports in the late afternoon, transport it to their London base and by early the following morning, chefs at London’s top restaurants are preparing Reserve Seafood fish for their customers.

45 boats belong to a ground-breaking project started by Blue Marine Foundation which uniquely harnessed the skills and interests of fishermen, conservationists and marine authorities in an effort to regenerate an over-exploited and damaged 90 square miles of reef in Lyme Bay.

Scallop dredging on the reefs was banned in 2008 but fishermen were faced with a new threat: a proliferation of pots and static nets in the protected reef area.  Some reported a decline in catches of as much as 50 per cent.

Enter Blue Marine Foundation who safeguarded the fishermen’s rights of access to the fishery, in return for a stringent conservation code which sets limits on the numbers of nets and pots that may be used and requires every boat to use the mobile-phone-based inshore vessel monitoring system (iVMS), which records every boat’s position and its catches.

Every box of seafood collected by Direct Seafoods carries a Lyme Bay Reserve Seafood label detailing the scheme and the port where landed and this branding is retained all the way through to the chef who will ensure his customers are made aware of the provenance of the food they are eating.

But why do fishermen, battling to make a living in sometimes harsh and dangerous conditions, want to go to the extra bother of taking part in this scheme? The answer is simple: as well as guaranteeing their future livelihoods by fishing responsibly, they are also seeing a significant uplift in prices they earn for supplying premium quality lobsters, brown crabs, diver scallops, bream, bass and rays among many other species. Not only that, but innovative chefs are eager to receive and pay for under-utilised species such as spider crabs, whiting and pouting which were previously thrown back or used for bait.  What’s more, fishermen are reporting an increase of nearly every type of fish in the waters.

Gavin Zieman, a fisherman at Axmouth said: ‘This project has actually made Axmouth harbour.  It’s made it a sustainable, viable port for the small boats that operate out of there.  It makes what we’re catching and landing a lot more attractive to a much wider set of people.  We’ve seen an increase of between 20 and 30 per cent.  Good stable prices, which makes a big difference to us.’

Jim Newton, Chairman of Beer and East Devon Fisherman’s Association described the project as ‘common sense’.  He said Lyme Bay fish is now getting ‘top dollar’ and that the project ‘should have been done years ago.’

Laky Zervudachi, sustainability director at Direct Seafoods, said: “Our chef customers love the fact that they can promote the freshness and quality of the fish they are serving and tell their diners exactly how and where it was caught. Sustainability is a key ingredient.”

Iain Smith of the Berners Tavern, who regularly purchases the Reserve Seafood branded fish said, “This is a great new source of fully sustainable fish. So fresh, from boat to plate – fantastic fish.”

Tim Glover, Blue Marine Foundation’s project director said. “It’s a perfect shop window for the conservation and fishery management work we have been doing in Lyme Bay and gives fishermen something back for having the vision to support lower impact and sustainable fishing. We hope to roll the Reserve Seafood label into other UK projects if and when the criteria can be met in those fisheries”.

Charles Clover, chairman of Blue Marine Foundation, said Reserve Seafood is here to stay: “It’s real evidence that fishing and conservation can work together. BLUE is a marine conservation charity with a global reach, working with governments to protect vast areas of ocean from overfishing. In the UK we are hands on, and we have been working to create win-win outcomes like this”.