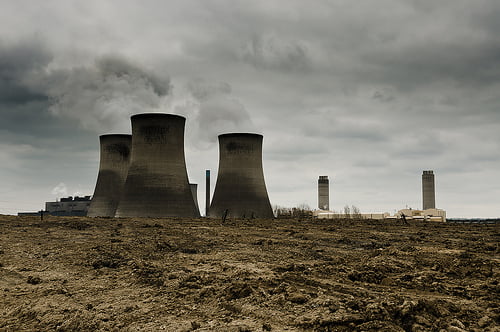 A piece in The Guardian last week posed the question, “Where can investors who worry about climate change put their pension?” and claimed that many ethical funds invest in fossil fuels. Alex Blackburne attempts to unravel a dilemma that many ethical investors face.

For ethical investors in the UK, there are now more funds than ever that offer a responsible, sustainable place for their money. There are almost 90 ethical funds in the retail market now registered with the Financial Services Authority (FSA), and whether your strategy is to avoid certain sectors – such as alcohol, tobacco or weapons – or specifically focus on areas that are making a positive difference – such as in the environment, human rights or equal opportunities – there’s clearly something for everyone.

But when it comes to climate change – one of the biggest drivers for individuals who opt for ethical investment – there’s a bit of a dilemma.

In a piece for The Guardian last week, business and sustainability commentator Marc Gunther wrote about environmental campaigner Bill McKibben’s Do the Math tour, in which McKibben and his team call for divestment from the fossil fuel industry. Gunther asks, “Where can investors who worry about climate change put their pension?” It’s an interesting question that raises a number of issues, not least the fact that some of the largest and most well-known environmental or socially responsible investment (SRI) funds apparently hold stocks in fossil fuel companies.

Much has been written about the so-called ‘sextet of sin’ – six sectors that many claim typify the nature of an unethical investment: alcohol, tobacco, gambling, pornography, arms production and trade and nuclear power. It’s by no means an exclusive list. There are other popular areas of exclusion (or negative screening) like companies that use animal testing or operate in countries with oppressive regimes.

Given the stringent criteria implemented by ethical investors, in excluding many of the above sectors, it seems strange that fossil fuels – oil, gas and coal – do not suffer the same disdain, especially when you factor in their harmful effect on the environment. A quick look at a cross-section of retail ethical funds on YourEthicalMoney.org for example, shows that many (but not all) have fossil fuel companies in their top ten holdings.

But is it unethical to hold oil and gas stocks? If you’re clued up on the science behind climate change – the notion that greenhouse gases, produced by the burning of fossil fuels, form a layer around the Earth’s atmosphere, causing it to warm – you’ll know that the role oil, gas and coal companies play is an irrefutably negative one. And while these sectors provide lucrative returns (oil and gas firms make up 20% of the FTSE 100 and three of biggest 10 companies) we know that for ethical investors, high returns aren’t their primary motivation.

“Some refuse to invest in the sector, or seek out those oil companies that have better environmental, social and corporate governance (ESG) performance. Others engage with oil and gas companies to encourage them to increase investment in renewables or to reduce the emissions associated with energy production.

“Views on investing in oil gas tend to be mixed but the sector is clearly off limits for some investors.

“For this reason we always encourage investors to check to see what a fund’s investment policy and also to take a look at its top ten holdings.”

And engagement is a big issue for many ethical funds. Speaking to Blue & Green Tomorrow in February this year, Hugh Cuthbert, co-fund manager of the SVM All Europe SRI Fund, explained how one of his fund’s main goals is to “use our clout as shareholders to effect change”. And with that, Valiant Petroleum and Premier Oil both appear in its top ten holdings. But not everyone in the ethical investment industry is fully behind this philosophy.

“I’m a great believer in the role of engagement but even I’m a bit sceptical of the ability of relatively small funds to influence major oil companies”, says Julian Parrott, an Edinburgh-based financial adviser.

“That said; it is notable that the worst offenders in the sectors – Shell, BP, Texaco, Exxon – are rarely held in UK ethical funds and it much more likely to be the likes of BG, Tullow and Norwegian Statoil that are invested in.”

However John Ditchfield, a financial adviser at Barchester Green and chair of the Ethical Investment Association (EIA), provides a conflicting view.

“There is an argument that without ethical funds pushing the oil and gas industry towards better standards on labour practises and safety issues, the sector would be more damaging”, he says.

“I have certainly seen evidence that the best of the ethical funds engage with companies to try and improve practises in these areas.”

Ditchfield adds that many ethical funds base their investment criteria on the exclusion of industries that are directly harmful to human welfare, such as arms manufacturing, tobacco and alcohol, which is one of the reasons why oil and gas stocks are not ruled out.

And whilst this is true to some extent, it becomes contestable when you factor in the health effects of air pollution. In an interview with Blue & Green Tomorrow in May, Jonathan Grigg, a professor of pediatric respiratory and environmental medicine at Queen Mary University London, said, “In terms of children’s health, and it’s true to some extent in adults, fossil fuel derived particles certainly make asthma worse. In other words, if you have asthma, you are more liable to have deterioration of your symptoms in days of high pollution.”

He went on to say that there was also strong evidence to associate fossil fuel particles with heart attacks. So to this end, there appears to be a strong case mounting up for creating a dedicated negative screen for fossil fuels, instead of simply addressing them through other screens such as environmental damage, human rights and business transparency.

Indeed, Parrott, who set up Ethical Futures in 2005, added that the fossil fuels dilemma was common among many of his clients.

“Funds managers look to manage risk by diversification though market sectors and it takes a bold manager to exclude such an important investment sector from its holdings if criteria permit”, he says.

“Over the past couple of years, excluding this sector if permitted to hold would have left a fund financially exposed due to the rise in oil price and rise of importance of gas.

“Many put an emphasis on holding gas as a cleaner transitional fuel – but probably are just attracted by the returns. Other managers will lay claim to a best of sector approach and the power of engagement to improve reporting standards.”

But these are by no means wholesale approaches. There has to be perspective when it comes to ethical investment, insofar that while many funds do indeed hold relatively large stocks in the oil and gas companies, many are also investing heavily in cutting-edge renewable technologies, for instance.

“Both funds invest into businesses which promote more efficient use of energy and natural resources as well as renewable energy generation and supply.”

The WHEB fund for example, only invests in companies that derive at least 30% of their revenue from one of three key sustainability themes: climate change and the energy challenge, global water resource shortages, and demographic shifts; in particular the move towards an ageing population.

It comes down to a clear choice for ethical investors: whether you want to do the most good with your money (positive screening), or the least bad (negative screening or exclusion). While stocks in fossil fuels might appear in many of the options available to you, it’s important to look at the whole picture and determine what you want to achieve with your investments.

Parrott, and indeed many of his clients, is pragmatic about the dilemma: “We live in the 21st century and use cars, fly and a myriad of oil by-products so perhaps we have to acknowledge the role that oil plays in our lives.

“Whilst some will feel uncomfortable about it – many will accept the merits of investing in the best of breed who are responsible – I’ve even had clients who say that they would feel hypocritical if they were to specifically exclude oil because the run their heating on it and drive a car to come and see me!”