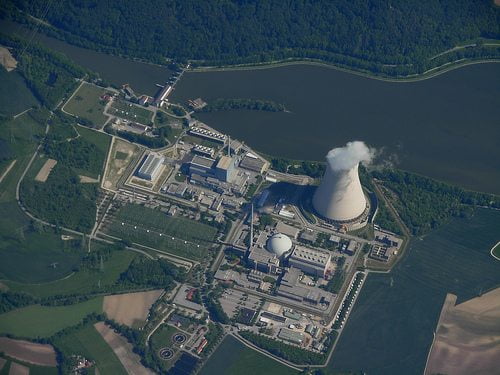 Commenting on the agreement struck by French-owned EDF and China’s CGN yesterday to build a fleet of new nuclear reactors at Hinkley and other two locations in the UK, Greenpeace said the deal; “makes no economic sense whatsoever.”

Greenpeace UK chief scientist Dr Doug Parr said:  “With this deal George Osborne is not so much backing the wrong horse as betting billions of consumers’ money on a nag running backwards.

“There’s no end in sight for the nuclear industry’s dependence on billion-pound handouts whilst the renewable sector is on the verge of going subsidy free. Backing the former and punishing the latter makes no economic sense whatsoever.

“Our grandchildren will one day wonder why their bills are propping up a foreign-owned, outdated, and costly nuclear industry instead of supporting cutting-edge UK firms producing cheap clean energy. There’s no other reason for the government to go through with this rotten deal but saving George Osborne’s face.”

– Greenpeace estimates the subsidy package for the new reactors at Hinkley, Sizewell, and Bradwell could add an extra £33 to the average household bill

– The UK government has committed to paying Hinkley’s owners a fixed price of £92.50 for every megawatt/hour produced at the plant – or £89.50 if the Sizewell reactor goes ahead too – for 35 years. This is nearly twice the current market price for electricity.

– The government’s own auctions for clean energy have now found that onshore wind and solar are both cheaper than the strike price for Hinkley – and on shorter contracts – whilst the cost of offshore wind is falling fast.

– All EDF’s other attempts to build Hinkley-style EPR nuclear plants in other countries are running behind schedule. Construction of the EPR reactor at Flamanville began in 2007 and EDF has now asked for permission to push back the start date to 2020. The EPR Okiluoto reactor in Finland was supposed to start in 2009 and might now come online in 2018.

– Hinkley has been variously described as the ‘most expensive object ever built in Britain’, ‘one of the worst deals ever’ for British consumers, and a ‘bottomless pit and a big white elephant’. In a damning report, experts at banking giant HSBC wrote that they saw ‘ample reason for the UK government to delay or cancel the project’, pointing to major technical setbacks and sky-high costs.