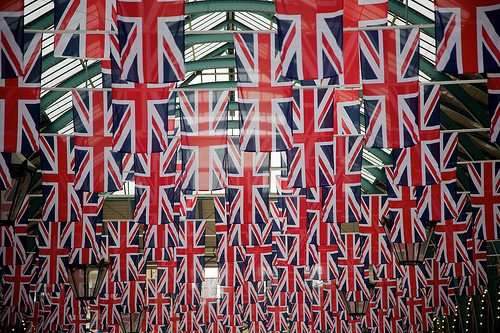 Over the last two days, we’ve explored the results of a fascinating online project conducted during the 2010 general election that let people vote for policies rather than parties (part 1 and part 2). The massive success of the Greens on issues from crime to education surprised us all.

So here it is: the people’s manifesto, as decided by a first past the post Vote for Policies open primary. The sample may not be scientifically representative, but it has to be the biggest exercise in a publicly-generated manifesto.

We have listed the policy results first by overall votes cast as voters selected four or more areas that mattered to the most. The top four were health/NHS, the economy, education and crime. Of all the policies, education got the most thumping endorsement.

This is the list, ordered by overall votes cast:

And here’s the detail of the policy sets (ordered alphabetically):

Look to establish restorative justice as a key feature of the UK criminal justice system. The primary aim will be to restore and, if necessary, improve the position of the victim and the community; the offender will be required to make amends.

Improve the design of our cities to provide safer streets and public spaces.

Ensure universal access to high quality youth centres to provide an outlet for young people outside of school hours.

Oppose any further privatisation of the prison system, as it is vital that where custody is used it is effective in preventing offenders from re-offending.

Change politics and abolish safe seats by introducing a fair, more proportional voting system for MPs. Our preferred single transferable vote system gives people the choice between candidates as well as parties. Under the new system, we will be able to reduce the number of MPs by 150.

Give the right to vote from age 16.

Introduce fixed-term parliaments to ensure that the prime minister of the day cannot change the date of an election to suit themselves.

Give you the right to sack MPs who have broken the rules. We would introduce a recall system so that constituents could force a by-election for any MP found responsible for serious wrongdoing. We are campaigning for this right of recall to be introduced to the European Parliament too.

Get big money out of politics by capping donations at £10,000 and limiting spending throughout the electoral cycle.

Require all MPs, Lords and parliamentary candidates to be resident, ordinarily resident and domiciled in Britain for tax.

We believe that the council tax should be scrapped and replaced with a fair local tax, based on people’s ability to pay. It is necessary to pilot local income tax to resolve any practical issues of implementation before it can be rolled out nationally, so we would invite councils to put themselves forward to be involved in the piloting phase in the second year of a parliament.

Increasing the income tax threshold to £10,000.

We will identify lower priority spending that we believe can be cut so that we can protect vital front line public services.

We will also rebalance the tax system cutting taxes for people on low and middle incomes which we will pay for by cutting reliefs and closing tax loopholes that benefit the wealthiest.

This party will restore the link between annual increases in the state pension and earnings that will mean pensioners share in the proceeds of growth in our economy.

Keep young people within reach of the job market and we will do this by paying any young person completing an internship or work experience £55 a week for three months.

We will increase the number of apprenticeships, and places on university and vocational higher education courses so young people can improve their skills and get qualifications that will help them capitalise when the job market recovers.

Cut business rates for smaller businesses and base rates on site values, rather than total rental value, which penalises businesses that invest in improving their premises.

We believe much smaller class sizes are the key to behaviour and learning. We want a state funded education system which; provides essential numeracy and literacy skills; promotes a sense of responsibility, confidence and respect in all young people; caters for all specialisms and needs; promotes a sense of community; and promotes a healthy lifestyle through good diet and exercise.

To measure school performance we support the abolition of the system of SATs and league tables. We would like to see a system of self-evaluation for schools, that is monitored by the local education authority.

This party’s position on grammar and public schools means that we would remove the charitable status of all such schools and offer state funding to them so they will be accessible to all children in the local area.

All children, even those with disabilities and special educational needs, will be given the opportunity to attend their local school, which will provide diverse support for people with special needs. In special cases and in accordance with the child’s wishes, there may be a need for segregation, which will be provided as a unit within the school.

All schools, both state controlled and privately run will be required to embrace a multi-faith perspective throughout the delivery of the curriculum.

This party opposes city academies and trust schools as we believe that schools should be governed in the interests of children and their parents, not through private individuals or businesses.

Recruit and retain more teachers by allowing them greater freedom and, to remove one of the main reasons teachers leave teaching, ensure their paperwork is greatly reduced.

Students will not have to pay tuition fees – we support grants not loans, providing a basic income sufficient for needs while in full time education.

Use the £45 billion investment plan to kick-start a green industrial revolution so that low and zero-carbon sectors of the economy are the new platform for prosperity.

Reduce emissions from aviation by ending the £10 billion subsidy of the aviation industry.

Improve public transport and rail to cut emissions from vehicles.

A massive investment in renewable sources to support development of both large-scale wind and tidal generation and domestic micro-generation – together these measures would create 80,000 jobs in the first year.

We will be positive members of the European Union but we are clear that there should be no further extension of the EU’s power over the UK without the British people’s consent.

We will ensure that by law no future government can hand over areas of power to the EU or join the euro without a referendum of the British people.

We will work to bring back key powers over legal rights, criminal justice and social and employment legislation to the UK.

Press to keep the EU’s doors open to those countries, including Turkey, that wish to join, conditional on the rigorous application of the accession criteria.

Stand up for a strong transatlantic relationship and an EU that builds strong relations with rising powers like China and India.

This party’s approach involves increasing the level of awareness of when to seek health care and when to allow things to get better naturally. It is also important to protect those suffering mental health problems from discrimination wherever it may occur.

A key policy is to reverse the sale of NHS services and hospitals to private companies, for example we are going to bring cleaners back into the NHS team.

We will start by promoting cycling and walking to school, which will reduce pollution and help to combat childhood asthma.

Ensuring schools provide healthy meals will reduce the levels of obesity in children.

We will introduce a NHS tax to make the level of funding for the NHS transparent for all. There will be the ability to increase taxation locally, if people decide, so that local NHS services can benefit directly, just as the police and schools can at present.

We will reduce the level of spending on defence to provide further funds for health care. These changes in funding will allow us to abolish prescription charges.

Our focus on increasing community based services and community health centres will keep care as local as possible.

We will gradually tighten the criteria in line with the needs of the British economy and the values of British citizenship, and step up our action against illegal immigration.

There will be no unskilled migration from outside the EU.

Our Australian-style points-based system will be used to control migration with limits for high-skilled workers and university students. As growth returns we want to see rising levels of employment and wages, not rising immigration.

We will expand the Migration Impact Fund, paid for by contributions from migrants, to help local areas.

We know that migrants who are fluent in English are more likely to work and find it easier to integrate. So as well as making our English test harder, we will ensure it is taken by all applicants before they arrive.

In future, staying will be dependent on the points-based system, and access to benefits and social housing will increasingly be reserved for British citizens and permanent residents – saving the taxpayer hundreds of millions of pounds each year.

A national minimum wage rising at least in line with average earnings, and a new £40-a-week ‘better off in work’ guarantee; and a more advanced apprenticeships and skills accounts for workers to upgrade their skills.

More help for parents to balance work and family life, with a ‘Father’s Month’ of flexible paid leave; and a new toddler tax credit of £4 a week from 2012 to give more support to all parents of young children, whether they want to stay at home or work.

The right to request flexible working for older workers, with an end to default retirement at 65, enabling more people to decide for themselves how long they choose to keep working.

A new National Care Service to ensure free care in the home for those with the greatest care needs and a cap on the costs of residential care so that everyone’s homes and savings are protected from care charges after two years in a care home.

A re-established link between the basic state pension and earnings from 2012; and help for ten million people to build up savings through new Personal Pension Accounts.

Two hundred thousand jobs through the Future Jobs Fund, with a job or training place for young people who are out of work for six months, but benefits cut at ten months if they refuse to take part; and anyone unemployed for more than two years guaranteed work, but no option of life on benefits.