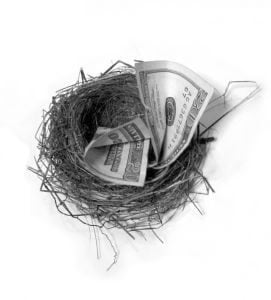 Research from the Financial Services Consumer Panel has said that the annuities market is in urgent need of reform. The report argues that millions of pensioners are losing out because of product complexity and a focus on profits.

Some 400,000 annuities are sold each year and this figure will increase significantly as those who have been auto-enrolled into pensions savings reach retirement age. The annuities market provides the main means by which people turn their defined contribution pension savings into retirement income.

The report said that the implementation of the Retail Distribution Review (RDR) at the beginning of the year has left many consumers with no choice but to use commission-based, non-advice services. As a result, retirees are purchasing annuities, by exercising their Open Market Option, without taking financial advice.

Sue Lewis, chair of the Consumer Panel, commented, “The Open Market Option has been around for a long time, but still isn’t working for many people, who are getting less income in retirement than they could have.”

Lewis added, “We are seeing a shift towards purchasing annuities via ‘non-advice’ routes, which means reduced consumer protection if things go wrong. The increase in non-advice sales appears to be driven by light touch regulation and higher profit margins, not consumer demand.

“We urgently need to reform this market, particularly for those with smaller pensions pots, who usually cant’s get independent advice.”

A website search revealed a lack of clarity about charges, the difference between the protection offered through advice and non-advice routes, and the extent to which searches for quotes covered the whole or only part of the market. This confusion has led to many annuitants staying with their existing pension provider.

One respondent told researchers, “I found a lot of confusing sites – thought [buying an annuity] would be like confused.com but I was bombarded with calls – if I’d found a decent website I might of kept going, but I got fed up with it.”

Researchers suggest that the increase in non-advice services is driven by financial advisers preference for commission, which is no longer permitted for advised sales. Some advisers were also found to enjoy very high commissions of between 5% and 6%, compared with the average of 1.5% and 3%.

The report said, “Our research found examples of very high quality services in the non-advice market, where firms voluntarily adhere to a code of conduct that includes a whole-of-market search and puts consumer’s interest first.

“However, the many examples of poor practice mean that the general outcome for consumers can be akin to a lottery.”