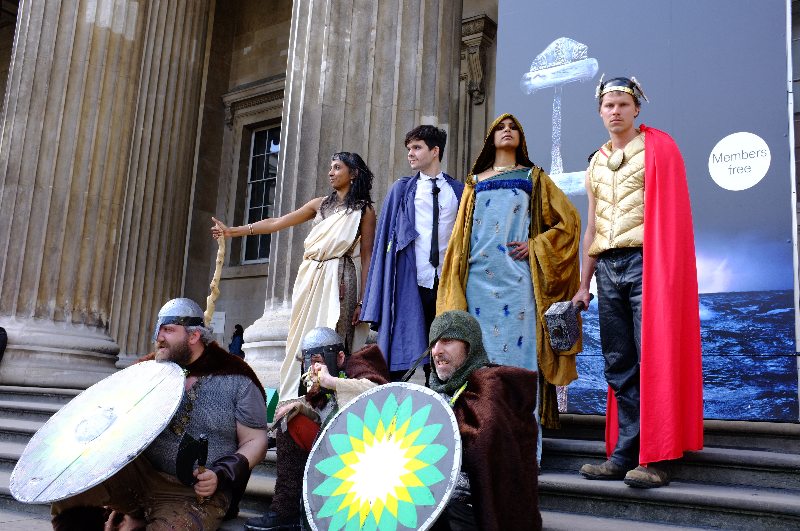 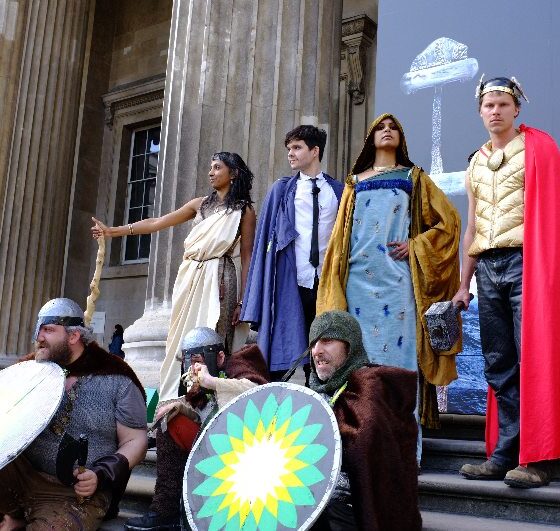 The Reclaim Shakespeare Company says over 160 activists are preparing to attend a protest against BP at the British Museum in London on Sunday.

The theatrical protest group recently announced its plans to stage a “Viking invasion”, calling to end the oil giant’s sponsorship of the arts.

The group is part of a wider coalition of campaigners called Art Not Oil and has done many similar events before. One of the Reclaim Shakespeare Company’s largest performances was an invasion of the museum back in April this year, which was later the subject of in-depth coverage by Channel 4 News.

The group said one of the reasons for the invasion was “to show through our artistic protest that we support culture, but not the unethical sponsorship decisions being made by our cultural institutions.”

The aim is to raise awareness and open discussion and the group said it has already been successful: “Since the Reclaim Shakespeare Company held its season of stage invasions at the Royal Shakespeare Company, no further plays have been branded with the BP logo, and our performances seem to have ‘played their part’ in this change.”

The British Museum said it is grateful for BP’s support and without its funding wouldn’t be able to hold such exhibitions. A spokesperson for the London attraction said, “The British Museum has had a relationship with BP since 1996 and the BP exhibition Vikings: life and legend marks the first project in a new five year commitment from BP to support the exhibitions programme.”

The ‘flash-horde’ will take place in the Great Court at the museum at 3pm on Sunday June 15.

To BP or not to BO? Protest against oil giants british museum sponsorship