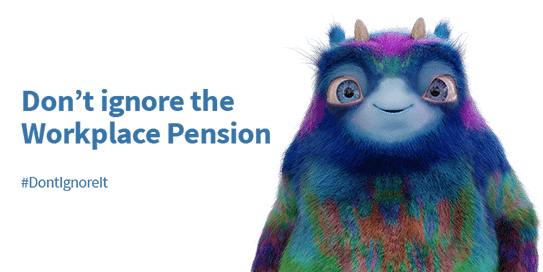 The report, Reclaiming Ownership, covers nine pension providers with £1.9trillion in assets under management. This is a sizeable proportion of the £3trillion life insurance companies and pension funds market in the UK.

Under automatic enrolment, employers must enrol staff earning more than £10,000 a year into a pension scheme. In 2016 alone, half a million small employers must select a provider for their staff. It is estimated that by 2018, the number of UK pension savers in an auto-enrolment scheme will have grown by 9 million.

The providers surveyed for this research are set to dominate the UK’s private pensions market for decades to come. The ShareAction survey found that:

In 2014, the Pensions and Lifetime Savings association (PLSA, then the NAPF) released data showing that 70% of UK adults “felt it important for pension providers to invest in companies that concentrate on avoiding unethical practices” and 49% would like their employer “to choose a provider which makes a specific point of investing ethically.”

Many of the providers do little or nothing to find out which investment issues their pension savers care most about. Only Standard Life surveys members of its default auto-enrolment fund on their views on investments. None of the providers give information in their annual statements to members about what they are doing to invest their savings responsibly with regard to environmental and social issues.

Catherine Howarth, Chief Executive at ShareAction, said: “At a time when thousands of employers in the UK are figuring out what pension provider to select for their workforce, we’re pleased to release information that will help employers make a choice that is guided by the long-term needs and interests of their staff. We’ve looked under the bonnet at the investment policies of the UK’s dominant players in auto-enrolment and found a serious gulf in performance between the best and worst when it comes to managing conflicts of interest, good governance and responsible stewardship of assets. These factors will make a huge difference to UK pension savers over the long-term.”

Camilla de Ste Croix, Senior Policy Officer at ShareAction and one of the report’s authors, said:

“We’re proud to have produced the first independent benchmarking survey of auto-enrolment pension providers, particularly as it’s not always easy to find out how and where pension savers’ money is invested.  Although we found much room for improvement across the board, we also found that there is plenty of best practice that pension providers can draw on if they want to know how to improve. Whether looking at their peers at home in the UK, or oversees, particularly to the Netherlands, joining collaborative investor initiatives or making use of the many emerging international norms and standards its easier than ever for pension providers to invest more responsibly.”

Daniel Godfrey, former Chief Executive of the Investment Association, said: “Nobody has longer-term savings objectives than members of auto-enrolment pension savings arrangements. ShareAction’s report should encourage all investment managers to support companies that have long-term strategies. Real long term thinking requires serious approaches to human capital development, research and investment. It also means supporting – and if necessary, requiring – companies to look after the environment, pay their fair share of taxes, lobby governments with integrity, andaddress pay inequality and diversity. ShareAction is reinforcing the importance of long-term investment approaches to pension scheme members, to companies and to the economy.”

Jill Rutter, a Scottish Widows pension customer, said: “This research from ShareAction will help employers make more informed choices about which pension provider to use, and is a valuable resource for savers too. It’s really hard to find information about where your pension savings actually go, and not enough providers are taking the time to actually find out what their customers think. I am concerned about climate change and don’t want my savings to be invested in companies with high-carbon business models. Having this information publicly available puts pressure on all pension providers to take a more responsible approach to their investment practices.”