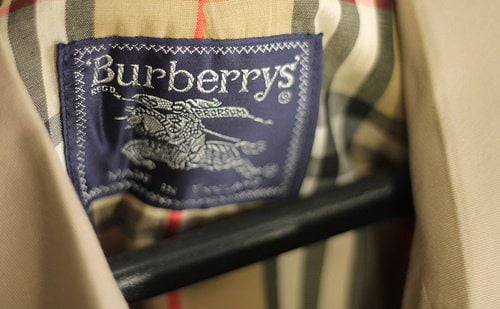 Burberry has committed to making its products toxic-free from 2020, following several weeks of pressure from Greenpeace East Asia. This comes after an investigation by the campaign group found traces of hazardous chemicals in children’s clothes manufactured by a number of leading brands.

London-based Burberry has committed to achieving zero discharge of all hazardous chemicals from the whole lifecycle of the clothes it produces and sells, starting from January 2020.

The luxury fashion brand also said that it will soon start to disclose the chemical discharge levels of its suppliers in the global south, and will ban from its supply chain per- and polyfluorinated (PFCs) chemicals, used for water and stain-proof products.

Ilze Smit, detox campaigner at Greenpeace International, said, “Burberry’s commitment to rid us of these hazardous little monsters opens a new chapter in the story of toxic-free fashion.

“In taking this landmark step, Burberry has listened to its customers’ demands, joining the ranks of brands acting on behalf of parents everywhere to give this toxic nightmare the happy ending it deserves.”

Earlier this month, Greenpeace revealed that it had tested several high street brands in China, including Gap, Primark, Disney and American Apparel, and found that some children’s clothes contained chemicals that negatively affect the human reproductive and immune system.

“Burberry’s move raises the bar for the luxury sector. With the Fashion Weeks coming up, brands like Gucci, Versace and Louis Vuitton risk getting left behind”, Smit added.

“From budget to luxury, people have a right to demand our clothes are free from hazardous chemicals and big brands have a responsibility to do something about it.”