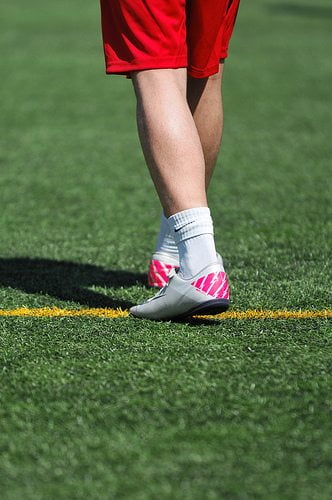 An investigation by Greenpeace has revealed that football merchandise produced for this summer’s World Cup by some leading sports brands contain hazardous chemicals.

Well-known brands such as Adidas, Nike and Puma have come under scrutiny after research led by Greenpeace Germany, which found toxic chemicals in items manufactured ahead of the tournament, which is due to start next month in Brazil.

The group analysed balls, goalkeeper gloves and boots from different continents and found perfluorinated chemicals (PFCs), nonylphenolethoxylates (NPEs), phthalates and dimethylformamide (DMF) – substances that can enter the food chain, pollute the environment and potentially contribute to hormonal disruption and even cancer.

One pair of football boots produced by Adidas contained levels of PFC 14 times higher than the company’s own restriction limits.

Manfred Santen, detox campaigner at Greenpeace Germany, said, “Brands like Adidas may equip some of the world’s greatest players and claim to be championing the beautiful game but our investigations have revealed they are playing dirty. With their profits set to soar during the World Cup, we demand that these brands stop fouling football and clean up their game.

“Despite their detox commitments, Nike and Adidas are failing to tackle their toxic addiction. On behalf of the players, the fans and the local communities affected by toxic-water pollution we urge them to come clean by publicly disclosing the release of all hazardous chemicals and publishing a precise PFC phase-out plan.”

Greenpeace had previously revealed the presence of toxic chemicals in items a number of brands, including Versace, Louis Vuitton and Dolce & Gabbana. Hazardous substances were also found in children’s clothes made in China for some high street brands, such as Disney and Primark.