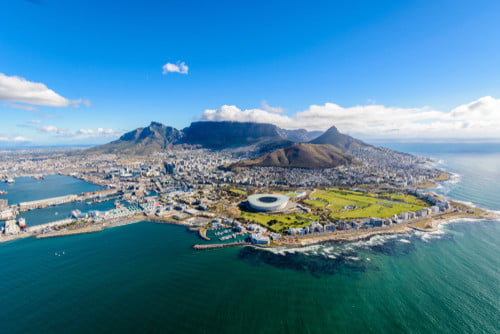 Everyone has different criteria when it comes to finding their dream destination for relocation. Some people are focused on arts and culture, others on schooling and childcare, among a range of factors covering all aspects of day-to-day life.

An increasing number of people are paying attention to the eco-friendliness of lifestyle, too, whether that means taking public transport instead of driving a car, or avoiding single-use plastics and fast fashion. The great news is that alongside individuals making a change, many major cities around the world are working on their eco-friendly credentials – meaning that if you’re looking to relocate, it’s easy to find somewhere in-keeping with a desire to be ‘green’.

From bustling beachside destinations to modern cities with creative communities, there are locations all over the globe that are worth investigating if you’re moving with the planet in mind. Here are a few of the best.

Once voted the most eco-friendly city in Europe in the Siemens Green City Index, Copenhagen is aiming to be the world’s first carbon-neutral city by 2025. Living here, you will never be more than 350 meters from a public transport stop, and cycle superhighways pair with green routes and traffic-free bridges to make giving up your car as easy as 1,2,3.

On top of this, Denmark offers a great work-life balance and actually ranks as the best place in the world for family life, so if you’re moving with kids in tow it’s certainly worth a look in.

Aiming to be fossil fuel-free by 2040, Stockholm already supplies a bio-fuel alternative at petrol stations across the city and are working to harness waste heat from community buildings to warm residential homes without the need for extra power.

Sweden is a country so good at recycling, they’re actually starting to run out of things to recycle. Eco-conscious citizens are enticed by the wide range of green spaces to enjoy, along with a superb public transport system and selection of eco-eating restaurants and stores.

Curitiba have been green since long before it was cool. Despite a growing population, Curitiba has more green space per capita than any other city on Earth. Along with a highly efficient public transport system and good waste management practices, Curitiba offers residents reward schemes for green living – such as school supplies or free bus tickets for people who are great at recycling.

As another bonus, Curitiba’s per capita income is around 66% higher than the Brazilian average, attributed to an emphasis on environmental and economic development above and beyond typical political point-scoring by urban planners.

Famous for being a cycle city, Amsterdam has been eco-friendly for as long as most people can remember. Local produce and public transport each come in abundance, but it’s things like street-level solar panels and small-scale wind turbines that are really helping to make waves.

As well as being a scenic destination with winding canals, picturesque streets and great bars and restaurants at every turn, Amsterdam is also at the front line of initiative in sustainable fashion and hosts an annual Sustainable Fashion Week to champion green design and processes.

As well as boasting a world-leading sustainability strategy known as the Greenest City 2020 Action Plan, Vancouver have set some ambitious targets in what they call their ‘green economy’. On top of investing in local food production, green building design and alternative energy, Vancouver has a goal to become a zero-waste destination by 2040 and to run on 100% renewable energy by 2050.

Canada is one of the best countries in the world for expats, rated highly for its quality of life, safety, expat integration and healthcare options, which expats can access through suitable health insurance. Vancouver is no exception to this standard, and has a reputation for offering all the perks of other Canadian cities like Toronto and Calgary but with a more easy-going pace.

According to the UN, Singapore is the most environmentally-friendly city in Asia. It’s also frequently rated as the best city for expats to live in, full stop, and offers a strong economy and brilliant schools on top of its eco initiatives.

Known as the Garden City, Singapore uses a system called the Green Mark scheme to encourage sustainability in both commercial and residential construction. Tonnes of cycling routes and public transport connections make getting around easy without fossil fuels, and there are 101 hectares of Bonatic Gardens to enjoy at the heart of the city.

Cape Town boasts a plentiful array of vibrant and varied farmer’s markets, which means it’s easy to cut down your carbon footprint here by shopping local. Much of the area’s power is provided by the first commercial wind farm in South Africa, helping towards Cape Town’s goal of having at least 10% of the city’s power sourced from renewable energy by 2020.

92% of expats in InterNations most recent survey stated that they were particularly happy with South Africa’s warm climate, and Cape Town is celebrated as a great place to spend time on the beach or enjoying other outdoor pursuits.

Always thought of as a trend-setting city, it’s no surprise that Berlin also makes this list. Environmentally-friendly transport is of particular focus here, with hundreds of electric car charging points, excellent public transport services and so many car-sharing schemes you have to wonder who still owns a vehicle in Berlin.

Alongside sustainable fashion houses, organic, local produce-centred restaurants and recycling incentives, it should come as no surprise to hear that Berlin has cut C02 emissions by a third since 1990 and is aiming to be climate neutral by 2050. It’s also an incredibly affordable place to live as an expat, with rents around half the price of London or Paris.

When you’re looking at moving abroad, there’s no reason you can’t opt for a destination that’s both in-keeping with your personal values and offers opportunities to meet professional or family goals. If cutting down your carbon footprint comes high on your to-do list, these are just a few of the amazing options out there.