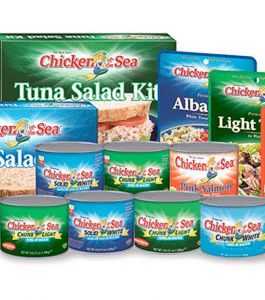 Thai Union Group has not done enough to alleviate concerns over human rights abuses in the company’s tuna supply chain despite recent media scrutiny of its business operations, according to a Greenpeace Southeast Asia investigation.

The report features new interviews with survivors of trafficking and forced labour in Indonesia who faced abuse and food deprivation on Thai-operated fishing vessels. These ships transferred their tuna and other fish to a Thai carrier vessel, Marine One, which is owned by Thailand’s Silver Sea Line Co. Ltd – the same company implicated in a recent Associated Press investigation for transporting seafood caught using forced labour to a Thai Union supplier.

“Thousands of trafficked workers that caught fish including tuna destined for Thailand are now either unaccounted for or stranded in Indonesia with an uncertain future,” said Mark Dia, Regional Oceans Campaign Coordinator, Greenpeace Southeast Asia.

Over 96 percent of Thai Union’s tuna is sourced from areas other than Thailand, yet the company has only committed to a human rights audit for the 4 percent of tuna caught in Thai waters, along with its shrimp operations. Thai Union has also ended the transfer of fish from ships to larger shadowy vessels in Thai waters, a process known as transhipment, but has not addressed the same issue for the majority of its tuna which is sourced from other countries. Transhipment at sea exacerbates the risk of human rights abuse by enabling vessels to trap workers and stay at sea indefinitely.

“Thai Union has not taken the necessary steps to ensure its tuna products are supplied by vessels free of forced labour,” said Dia. “The company must clean up more than its shrimp operations and the limited fishing fleets in Thailand to make meaningful changes on the water. Failure to do so will ensure seafood caught by abused workers continues to find its way onto dinner plates all over the world.”

Following the Associated Press exposé earlier this year, Thai Union announced it would drop the supplier connected to labour abuse in the investigation. However, the company did not state that it would stop sourcing fish from Silver Sea Line Co. Ltd reefers, which have again been implicated in the transhipment of fish caught by forced labour. In its report, Greenpeace Southeast Asia called on Thai Union to address labour issues throughout its seafood supply chains by ending purchases from any vessels transhipping at sea, ensuring the traceability of all of products back to the ship, and increasing transparency throughout its operations.

“As the largest canned tuna company in the world, Thai Union has the power to transform the global tuna industry and improve the lives of countless workers at sea,” said Dia. “Piecemeal measures to address an issue this urgent are not only insufficient, they are disrespectful.”

The forced labour and trafficking survivors interviewed by Greenpeace Southeast Asia detailed beatings and food deprivation for anyone who tried to escape. The tuna fishermen on their vessels were forced to work 20-22 hour days for little to no pay, often deprived of basic necessities like showers.

Greenpeace launched a global campaign demanding that Thai Union take far-reaching steps to eliminate labour abuse and destructive, wasteful fishing practices from its supply chains. To date, over 250,000 people around the world have joined an online campaign to urge Thai Union to embrace sustainable and ethical fishing practices.